Her Fate is one of Beelzebub’s artworks encountered by Sal Fisher during a dream sequence in "The Trial".

The artwork consists of a security camera—which appears to have been combined with some sort of biological matter—filming the silhouette of a woman (the same woman from the VHS tapes, who is most likely Jim’s missing sister, Evelyn). The woman is kneeling in agony and surrounded by what could be interpreted as smoke, fire, or possibly a representation of whatever force that “saved” her from corruption. Oddly, it seems to be the security camera, or possibly whatever entity observing behind it, if there is one, that speaks.

Her Fate speaks with great conviction regarding Evelyn's "salvation" from pain thanks to the Plague of Shadows.

After unlocking the fourth door, Sal was able to look at Beezelbub’s fourth artwork: Her Fate. They spoke an ominous message:

When Sal reported back to Beelzebub, he noted that Her Fate had lost touch with reality.

In order to access Her Fate’s room, the player must solve a door puzzle involving nine symbols. 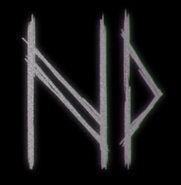 The symbols found in the Peering Eyes' room 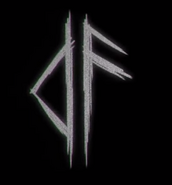 The symbols found in Their Sins' room 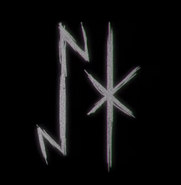 The symbols found in Trapanrot's room

Retrieved from "https://sally-face.fandom.com/wiki/Her_Fate?oldid=7733"
Community content is available under CC-BY-SA unless otherwise noted.